“He brought to his students potent insights gained from experience and reflection on how to impact the world. And even more, he inspired those students to act.” – Bart Victor, the Cal Turner Professor of Moral Leadership, on Jim Schorr’s legacy.

Through his teaching and his leadership, Professor Schorr touched the lives around the world.

Jim Schorr, one of the nation’s leading experts in social entrepreneurship, passed away on February 11, surrounded by his family and friends. He was 51.

As an MBA student in 1992, Jim was inspired by the idea and ideals of emerging “triple bottom line” businesses, and he went on to help launch Net Impact. The organization went on to become a force in management education, inspiring a generation of MBA students at 200+ business schools on six continents to leverage the power of business and their careers to improve the state of the world. Jim subsequently served for 10 years as a director and board chairman during Net Impact’s growth and global expansion in the 2000s. 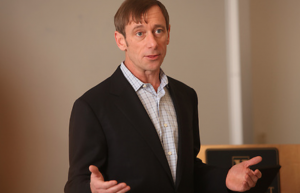 Jim’s impact extended beyond Net Impact as well. Most recently, he served as President and CEO of the Social Enterprise Alliance, as well as Board Chair of the Social Enterprise World Forum, supporting the growth and development of social enterprises throughout the world. Jim previously served as Executive Director of Juma Ventures, one of the U.S.’s most successful and admired social enterprises.

“(Jim) openly offered keen and specific support to me, as a consistent and affirming voice informed by his own lived experience as a social entrepreneur. I saw firsthand how much love the students had for him as a teacher. He will be missed,” said James Nardella (M.Ed. 2009), Principal of Skoll Foundation.

Jim found his true passion in teaching while at UC Berkeley. He moved to Nashville in 2009 to start the social entrepreneurship program at Vanderbilt University, where he was a professor at the Owen Graduate School of Management and Peabody College of Education & Human Development, impacting the lives of hundreds of students. 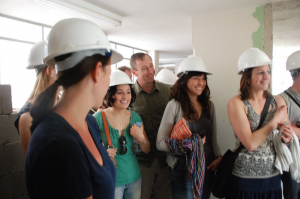 “Jim Schorr was an extraordinary educator,” said Bart Victor, the Cal Turner Professor of Moral Leadership. “He brought to his students potent insights gained from experience and reflection on how to impact the world. And even more, he inspired those students to act.”

“For many of us, he was a traveling partner to far flung locations around the world. Jim had a friend, a favorite hotel, or travel tip for world cities, large and small,” said M. Eric Johnson, Ralph Owen Dean and Bruce D. Henderson Professor of Strategy. “We will remember Jim always for his caring mentorship of students and faculty alike.”

Jim taught everyone he touched to live life more fully, more deeply and with great joy. 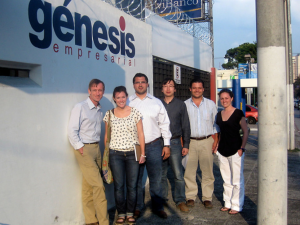 From climbing Mt. Kilimanjaro, to bungee jumping in New Zealand, to playing more than 85 of the world’s top 100 golf courses, he inspired with his tenacious spirit.

Jim is survived by his mother, Linda Ross, of Memphis, his father Jim Schorr (Patti) of Sarasota, FL, his three brothers John Schorr (Stacy) of Nashville, Mike Schorr (Lauren) and Chris Schorr, both of Memphis, and his extended family.

A memorial for Jim was held on Saturday, March 16, 2019, at 11 am at Benton Chapel at Vanderbilt University, followed by a reception at Vanderbilt’s Owen Graduate School of Management.

Over the past months, Jim worked with the Owen School to design a fund to continue the work to which he had dedicated so much of his life. The memorial he imagined will support Vanderbilt University students working for change through social ventures around the world.

If you would like to support the building of the Jim Schorr Impact Memorial please make your contribution here to the Owen School at Vanderbilt and designate the fund “in memory of Jim Schorr”.

A check may be sent to the following address, indicating In Jim Schorr’s Memory: