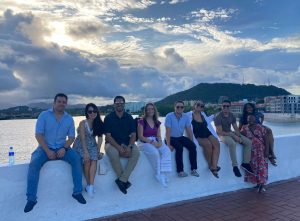 Over Fall Break this October, Turner Family Center for Social Ventures Director and Vanderbilt professor Mario Avila led a small group of students from the Owen Graduate School of Management on a week-long Global Business Immersion to Panamá. The Immersion, designed in conjunction with the Latin Business Association, created an opportunity for Owen students to experience the professional culture of Panamá and to explore the dynamics of working across borders.

For much of the twentieth century, divergent views between the United States and Panamá involving the Hay-Bunau-Varilla Treaty, ownership of the Panama Canal, and sovereignty of Panamá fostered a complicated relationship between the two countries, a tension which peaked with demonstrations, violence, and protests. Ultimately, in 1999, Panamá took full control of the Panama Canal as part of the Panama Canal Treaty. This change in ownership addressed a major element of tension, opening the door for friendlier relations between the North and Central American neighbors. Ensuring awareness of this history, while simultaneously providing opportunities for students to explore and meet with the business community of Panamá, is central to building connections between the two countries today.

From a business lens, Patrick Kraushaar (MBA ’23) finds that “the strategic, geographic location of Panamá paired with its political stability and use of the USD makes Panama almost unavoidable when doing business in Latin America.” 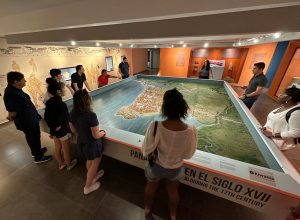 “I have a desire to serve in a leadership capacity that affords me the opportunity to work with colleagues on a global scale and I believe that to be forward thinking regarding business, you must embrace and have insight on Latin and Spanish speaking cultures. It was my expectation that I would improve my business acumen and grow personally during this trip. This expectation was tremendously exceeded.” 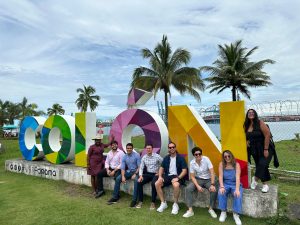 Over the course of the week, the students visited a variety of businesses and historical locations, meeting with an array of kind and hospitable Panamanian hosts. Naturally, including a trip to the Panama Canal was essential. While former operations professional Gonzalo Viteri (MBA ’23) admired the feat of the canal’s logistics overall, Margot Cunningham (MMark ’23) finds it “very interesting that a huge part of Panama’s culture and development is intertwined with its main business of the Panama Canal.” 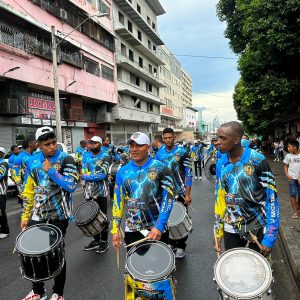 Hadassah Williams (MBA ’24) incorporates her personal background in her interpretation of the Canal – her favorite stop of the Immersion – realizing: ”

It makes sense to me that the Panama Canal builders came from all over the Caribbean for work. As a West Indian, I could see the similarities and influences from my own culture.”

Throughout the trip, students visited a variety of restaurants and museums, exploring Panamanian culture in between business visits. Students’ exploration of Panamanian food – which Gonzalo Viteri found to be “a fusion of many other countries in South America,” – and the kind people they met on the way stood out the most. Ceviche became a daily endeavor. 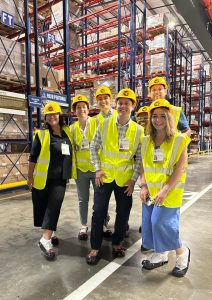 The last day of the Immersion involved two visits, the first of which was to the PetroAmerica Terminal, S.A. (PATSA), a logistics center for oil products located near the Panama Canal. When reflecting on the most memorable aspects of the week, Jack Michelman (MBA ’23) remembers:

“Edmundo Vidal Jaén, the General Manager of PATSA is an enigmatic leader who understands the importance of international business relationships and exhibits incredible leadership amongst his team. His ambition to grow the company and his care for his employees and team really shined through his presentation. He generously gave his time, and hosting us on the docks outside of the board room really brought the experience to life.”

The final in-country stop was a visit to the Ministry of Commerce and Industry, which Jack found to be “the perfect finale for the trip, encapsulating all the cultural and business aspects we had learned throughout the week.” 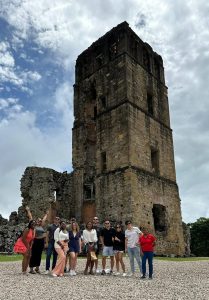 “The officials that we met with were gracious and I appreciate the time they took to not only share insight on bringing business to Panama but also being very open and welcoming to us. This is an experience that I will forever cherish.”

As Gonzalo Viteri (MBA ’23), President of the Latin Business Association at Owen, puts it succinctly,

“For a country that serves as the channel from one side of the world to the other, Panama offers a home away from home to all cultures.”