Participation in the Social Enterprise Pitch Competition was my first time being exposed to the Turner Family Center for Social Enterprises (TFC). As an undergraduate, I competed in multiple pitch competitions at the local and state level using projects I designed in my engineering classes. So, when the Career Center directed me to the TFC and I saw a pitch competition was starting in two weeks’ time, I knew I had to sign up! The twist to this competition was that rather than coming in with an idea you wanted to pitch, you were presented with a problem you had to solve, then you pitched that idea. 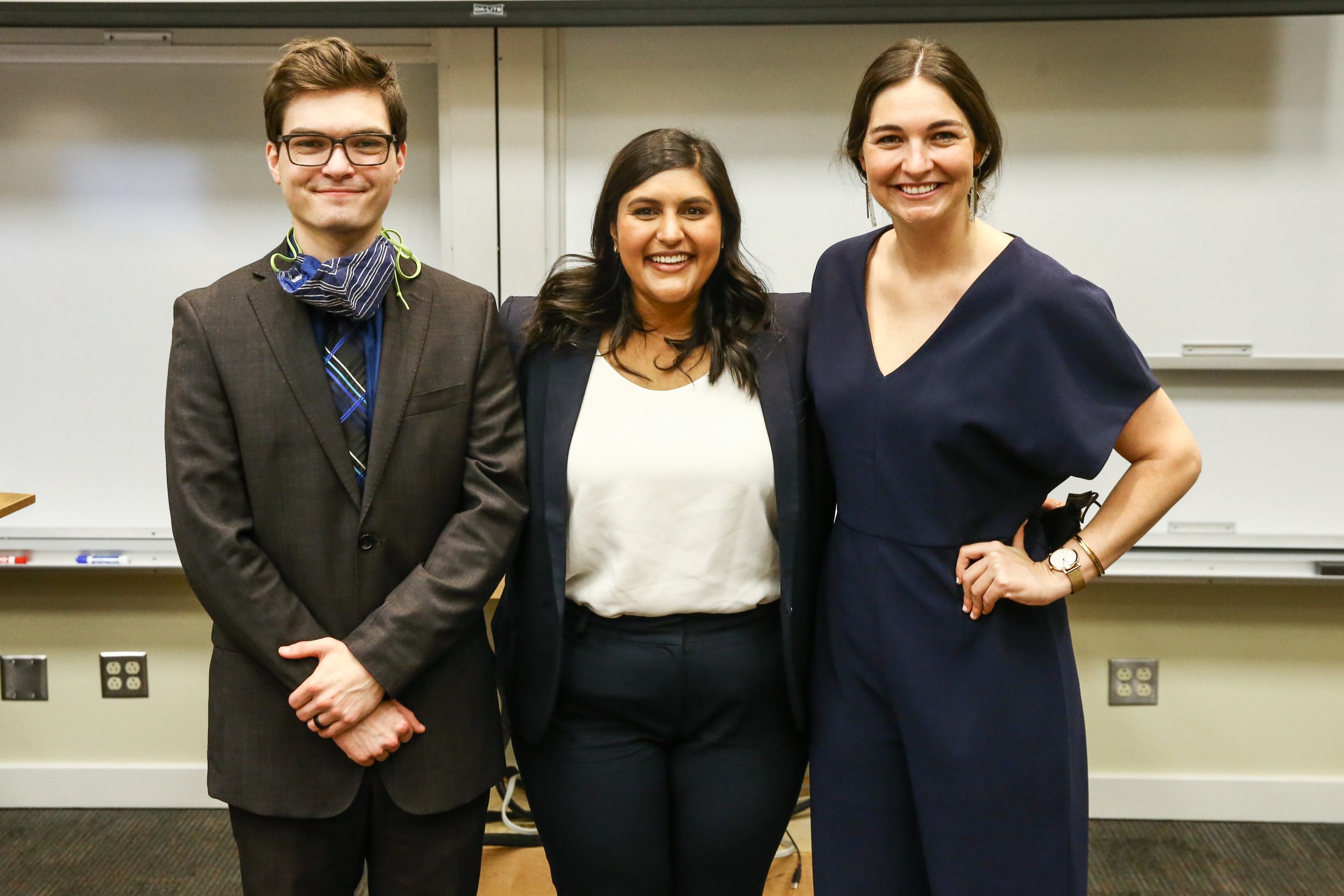 The challenge set for the competition was creating 500 jobs in Middle Tennessee by 2024 while generating a profitable business model. At first glance, that sounds simple. However, after the teams were revealed, I met with my teammates, Alyssa Patel (MBA ’23) and Libby Crowe (MBA ’23). None of us had any immediate sparks of creativity. We decided to brainstorm over the weekend and parted ways. It became readily apparent how incredibly difficult it is to create 500 jobs in just three years, when I sat down to think about it. You have to start a business in construction or manufacturing to accomplish that type of growth. Both types of enterprises come with significant hurdles.

After about a week, my team settled on a manufacturing-type company we named Molded. It would be a recycling company that 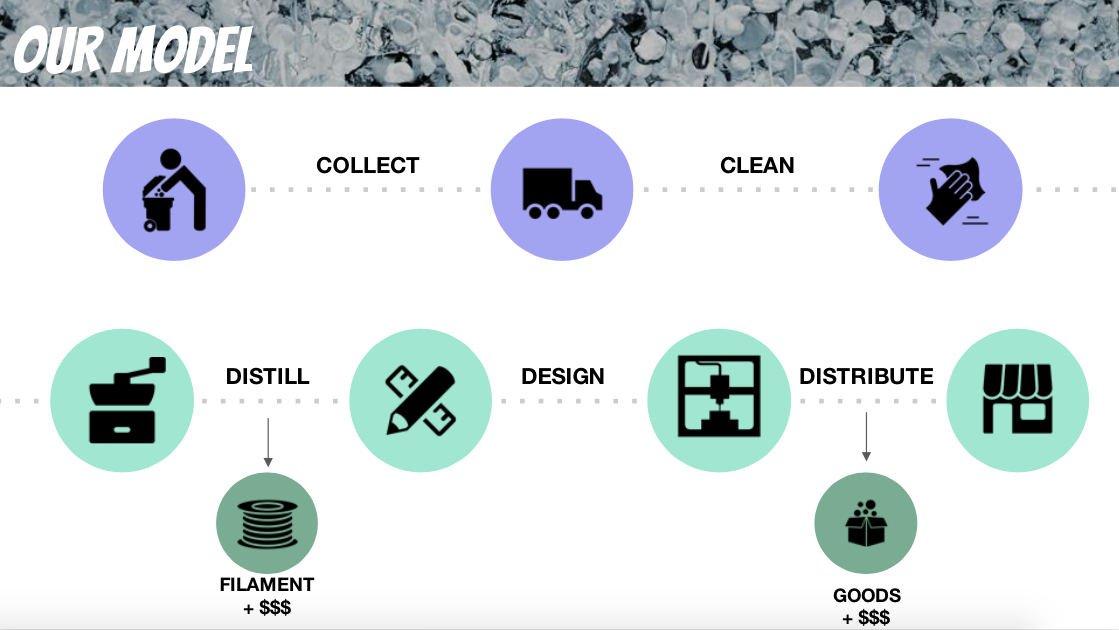 turns plastic waste into 3D printer filament and 3D printed products all while employing the formerly incarcerated. What was interesting about this idea, at least to me, was that none of it could be qualified as proprietary. Recycling plastic for 3D printers, while not mainstream, is not a novel idea. All previous pitches and business classes I had done focused on how important intellectual property like patents are to the success of a business. Instead, my teammates, both of whom are MBA students at Vanderbilt, focused on the irreproducible infrastructure and business partnerships we could leverage. To do this we drew attention to our connections in and around the Nashville community from our own community service and career histories. 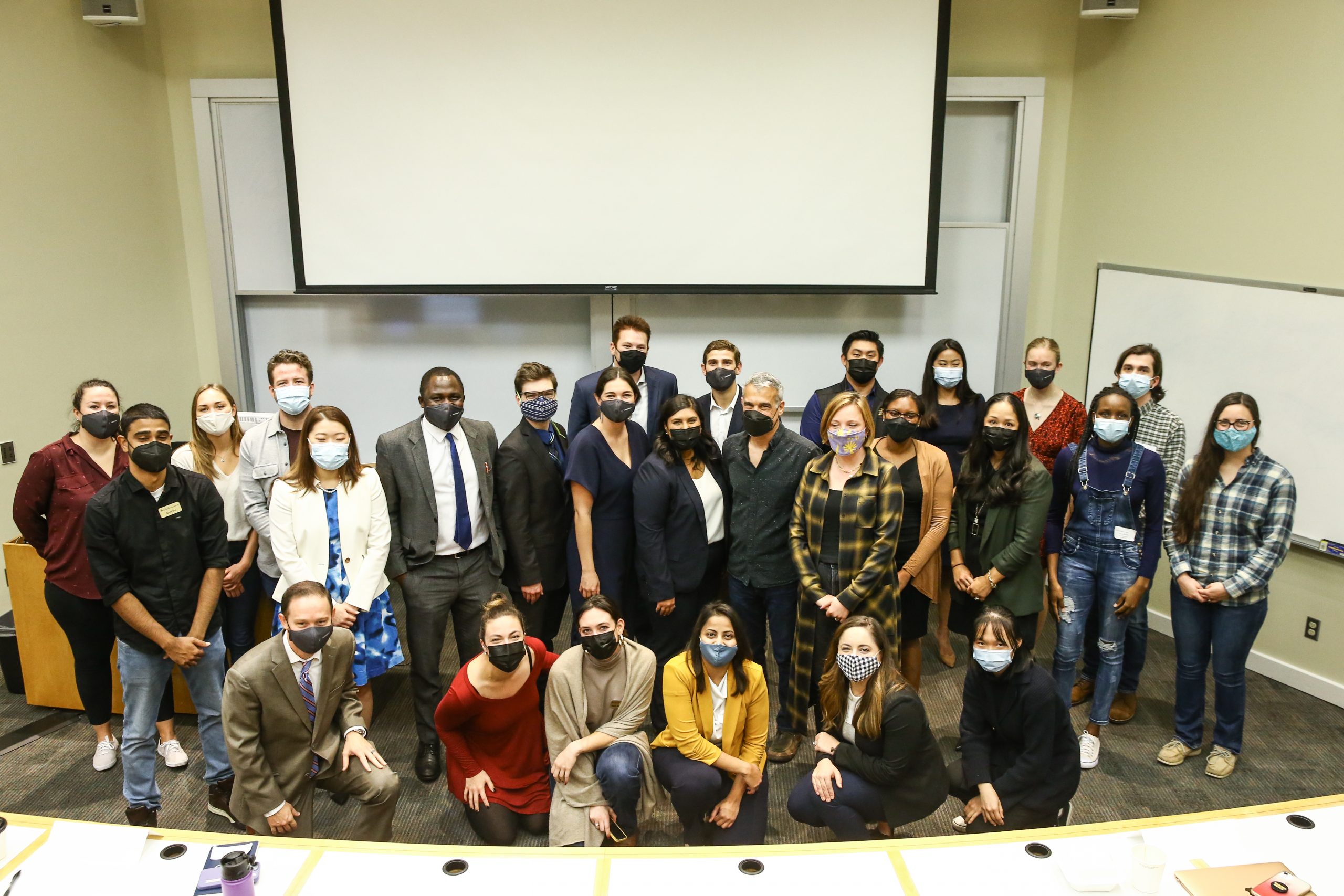 The morning of the pitch competition involved meeting with other competitors and members of the TFC. Social aspects of the day were by far my favorite part. As a biomedical engineering Ph.D. student, everyone I work with daily is an engineer or a surgeon. During the course of events, I met students with backgrounds in childhood education, psychology, mechanical engineering, and military training, all of whom were interested in social ventures. Hearing all the different paths that led people to Vanderbilt was fascinating. Now truthfully, I was nervous, so the morning flew by. However, the experience working with my team in the weeks leading up to the pitch and the conversations I had with people while waiting to pitch were fun and exciting. I cannot say much beyond that except that I would highly recommend participating next year if you can.