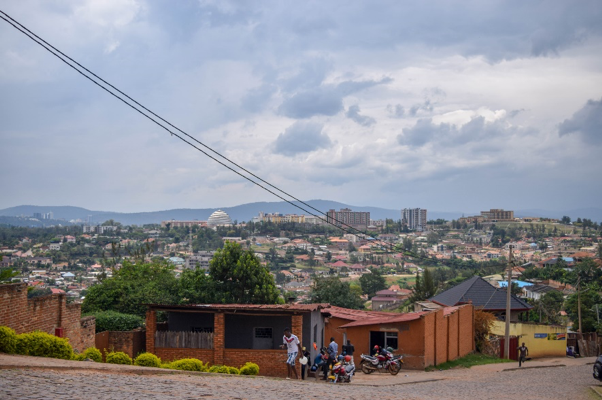 I was interested in Project Pyramid long before I stepped foot on Vanderbilt’s campus and got involved with the TFC. In researching business schools, I wanted to find a program that was strong academically but also offered students opportunities for experiential learning outside of the classroom. My search led me to Vanderbilt and the Turner Family Center (“TFC”) – a unique student-led, social enterprise focused organization that offers graduate students the chance to get involved in a variety of programming. One of those programs, Project Pyramid, was a great fit in that it allowed me to put my business acumen to the test while doing consulting work for an international social venture. 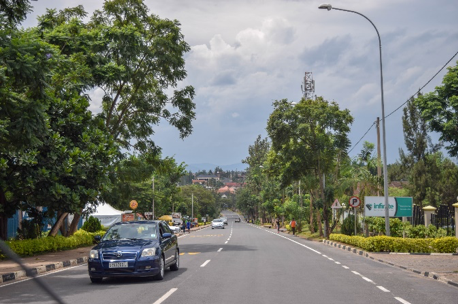 I applied to Project Pyramid and was ecstatic to find out I had been selected for the program. My team was comprised of students from the Owen Graduate School of Management and the Peabody College of Education and Human Development. Our client organization was Leaf, a fin-tech startup focused on providing financial services for the stateless and excluded. Our specific consulting project was to create a market feasibility study for Leaf’s services, focusing on the refugee population in Rwanda. We knew that storing and transferring money safely across borders was a serious issue for refugees, but we needed to dig in deeper and understand the specifics of this customer base – what options were currently available, how often were refugees crossing borders, is this service something they would trust, etc. 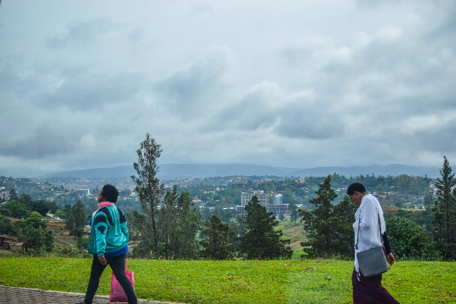 We created a market survey tool to use in Rwanda, leveraging best practices for surveys that the Peabody students were intimately familiar with and tying the outputs back to financial models that the Owen students knew well. We felt confident about our survey and the logistics once we arrived but knew that on a trip like this, we should be prepared for change. With that in mind, we set out for our 28-hour journey to Kigali, the capital city of Rwanda.

I had a lot of false preconceptions about Africa. The fact that most people attempt to describe Africa as a singular place, failing to acknowledge the differences between countries that comprise the continent, is proof that I’m not alone. I imagined arriving at the airport, getting into a taxi and venturing over dirt roads while trying, but failing, to explain to my driver where I was going. Instead, I was greeted in English (one of the four official languages in the country) by our driver Egide, who loaded our bags into his car before taking us to our modern Airbnb. The highways we rode on were better than they are in Nashville and there was virtually zero trash, a byproduct of the government-sponsored ban on plastic bags and the requirement that citizens participate in neighborhood cleanups once a month. The post-genocide government in Rwanda has focused on improving the country’s image and based solely on my short experience, it appears to be working. 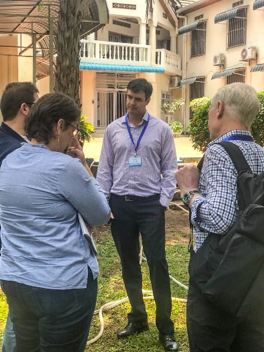 Leaf’s co-founders, Nat Robinson (former Owen graduate and current Vanderbilt Law student) and Tori Samples (current Owen student), arranged for our team to meet with a number of key stakeholders while in the country. First, we met with a team of managers from the largest telecommunications operator in Rwanda, MTN. The management team was responsible for overseeing all aspects of MTN’s mobile money platform and this meeting was an opportunity to gather information, laying the groundwork for what could hopefully become a future partnership with Leaf. We learned about the challenges MTN faced operating in Rwanda and gained valuable insight into the prevalence and frequency of mobile money transactions. I was truly surprised to learn that cell phone penetration in Rwanda is around 72% and the number of daily mobile money transactions is staggering – great anecdotal evidence for the viability of Leaf’s business model.  Over the course of the day, we had the opportunity to meet with a team from the United Nations High Commissioner for Refugees (“UNHCR”) and representatives from the US embassy. 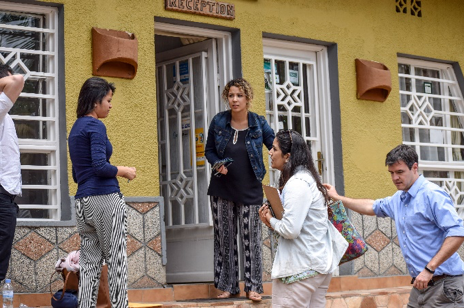 The next morning our team set out for Gisenyi, a city located in northwestern Rwanda along the border with the Democratic Republic of the Congo. It was here that our team would get the long-awaited chance to meet with locals and administer our survey. The original plan was to visit the Kiziba refugee camp, which houses refugees from the Congo, but our plans were derailed by violence within the camp. One month prior to our arrival, the UNHCR was forced to cut refugee food rations by 25%, reducing the average monthly assistance from 7,600 Rwandan Francs ($9 USD) per month to 6,050 Rwandan Francs ($7 USD per month). The UNHCR relies entirely on voluntary contributions and as of December 2017, had secured only 19% of its estimated funding requirement for FYE 2018.

Instead, our team met with 25 Rwandan and Congolese traders who did daily cross-border business. This group was an ideal target for our survey because of their need for cross-border currency solutions. In one of the interviews Katie and I conducted, we spoke with a woman who recently created a business selling flour. The woman traveled 10 kilometers every day to bring her flour to the local market, generally selling just enough to cover her daily living expenses. Despite her dire financial situation, she still had a cell phone and was extremely interested in the potential service that Leaf could provide to her. 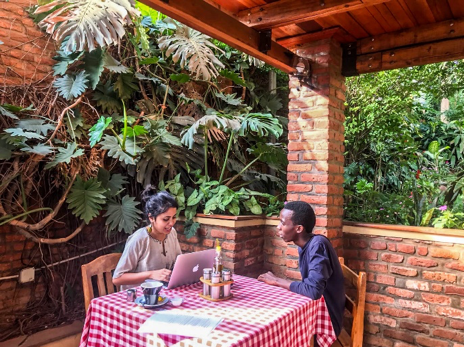 Without question, the most moving part of the trip was our numerous meetings with refugees. In total, we were able to speak to 28 refugees who fled from conflicts in the Congo and Burundi. The stories that they shared were horrific – some witnessed their families being murdered, others were forced to flee without the chance to return home and collect their possessions. Imagine leaving everything behind, no money, just the clothes on your back, to flee for your life to a foreign country for an indeterminate amount of time. We learned about how good their lives were before the conflict – stable jobs, income security, strong friend groups and family ties. Those things and more were ripped away, often without more than an hours notice, and all that was left was uncertainty and fear. It was a strange feeling to listen to these stories, you’re filled with a deep sadness but also a sort of guilt. I tried to listen sympathetically, but I also realized that I could never possibly understand the trauma that these refugees had been through. Their ability to persevere through the worst that life could possibly throw at them was incredible and only strengthened my belief in Leaf’s mission. 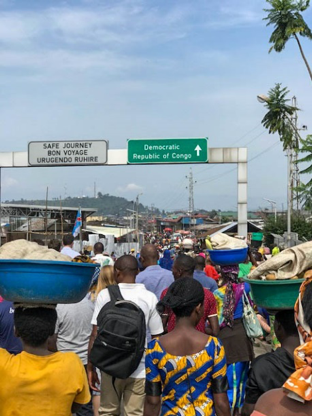 Project Pyramid changed my life. First and foremost, it opened my eyes to how truly fortunate I am and furthered my belief in social ventures. This trip to Rwanda and the opportunity to witness the refugee crisis first hand was a strong dose of perspective-altering reality. Project Pyramid also challenged my idea of what it means to be a social venture. I mentioned earlier the shift we had to make in Gisenyi to interviewing traders as opposed to refugees. The trader population is arguably a better test population for Leaf’s pilot, but does that violate Leaf’s social mission of helping the excluded and stateless? Where do you draw the line between profit and social mission?

Finally, Project Pyramid allowed me to make new friends at Vanderbilt and in Rwanda. Our team was comprised of students from various graduate programs across Vanderbilt’s campus, students who I normally wouldn’t interact with. Over the course of the module, I learned a great deal from my classmates about survey tools, best practices, logic models and so much more. I also had the opportunity to spend my last night in Rwanda getting dinner with Ulrich and some of the other refugees from Burundi that I’d met earlier in the week. 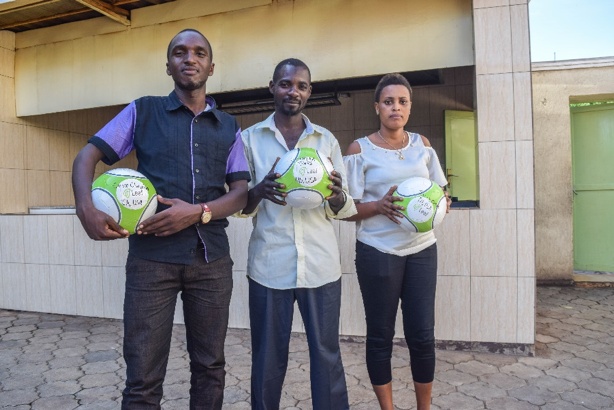 In the end, our team was able to compile the data we’d gathered on the ground and make a recommendation to our client about the initial pilot’s rollout plan. This trip was a once in a lifetime opportunity that I’ll never forget.